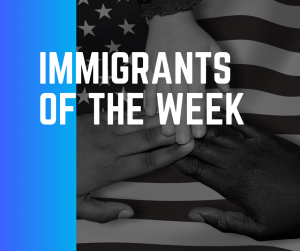 Andrew and Peggy Cherng changed the fast-food game in 1983 by opening the first Panda Express in Glendale Galleria Mall in Glendale, California. Andrew was born in Yangzhou, Jiangsu Province of China, but lived in Taiwan and Japan after the Chinese Civil War. At the age of 18, he immigrated to the United States. Peggy was born in Myanmar and grew up in Hong Kong. She attended college in the United States and gained citizenship later on.

This power couple both immigrated to the United States separately and did not meet until they both attended Baker University freshman year. Although Peggy transferred schools, they remained in a relationship and got married after she earned her Ph.D. in electrical engineering, and upon marriage, they moved to Los Angeles. Panda Express started as a restaurant called Panda Inn in Pasadena, California. Today, the Cherng’s have built Panda Restaurant Group, and Panda Express itself has over 2,200 locations. The couple’s net worth is $3.3 billion, and they have donated to many organizations and institutions.