Immigrant of the Day: Carolina Herrera 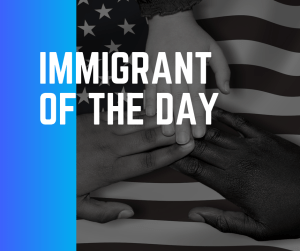 In honor of the busiest time of the year for the fashion world with fashion weeks wrapping up, I will be honoring famous superstar designer, Carolina Herrera. Herrera is not only a successful fashion designer but a businesswoman and cultural icon. She has a reputation for dressing countless celebrities and politicians. During her career, she has dressed five first ladies, most recently, Michelle Obama and Melania Trump.

Herrera was born in Caracas, Venezuela in 1939 as María Carolina Josefina Pacanins y Niño. Her grandmother was a socialite and was the first to introduce her to the world of fashion. As a young child, she attended shows by Balenciaga, which sparked her interest in design. In 1965 she began to work for a fashion publicist for designer and politician, Emilio Pucci. This ultimately led her to move to New York in 1980 where she associated with dramatic style befriending Mick Jagger and Andy Warhol. Her first runway show was the same year, and she has made history ever since.

As of 2012, there were 18 Carolina Herrera, and CH Carolina Herrera boutiques around the world and her clothes were carried in over 104 countries. She has won many prestigious awards including the Designer of Excellence Award and Glamour Award for the Fashion Force. Today, Herrera is a dual citizen of Venezuela and the United States gaining her citizenship in 2009.