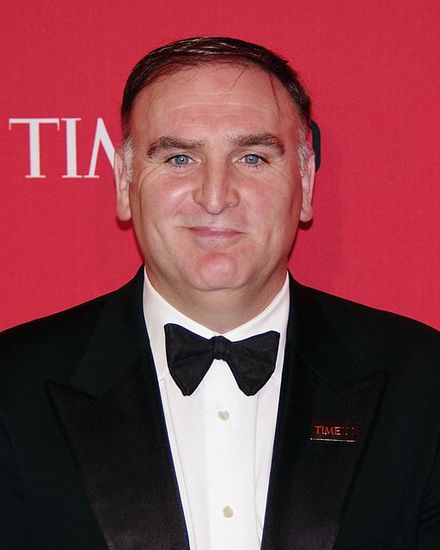 One of my favorite Washington restaurant’s is restauranteur, ambassador and world-class Chef José Andrés’ excellent Zaytina, a Mediterranean restaurant on 9th Street. Andrés has many other highly successful restaurants in DC as well as Beverly Hills, Las Vegas and Miami. Andrés, born in Spain, has become one of America’s best-known chefs. He won Bon Appetit’s Chef of the Year, the James Beard Foundation’s Outstanding Chef and even Time Magazine’s list of 100 of the world’s most influential people.

Last September, President Obama named him as one of three Presidential Ambassadors for Citizenship and Naturalization. Ambassador Andrés spoke yesterday about his experience naturalizing and his remarks can be found on the White House web site.

Ambassador Andrés made headlines in October over the souring of  a deal to put a restaurant in Donald Trump’s new hotel in Washington. The chef blamed Trump’s  anti-immigrant statements for poisoning the deal.

One Response to Immigrant of the Day: Ambassador José Andrés – Chef